Tokyo Tower is one of the most iconic symbols of this great city, and everyone that comes to Tokyo should see it up close.

I had the pleasure of visiting the tower and going up to its observation decks. Let me tell you what it was like. 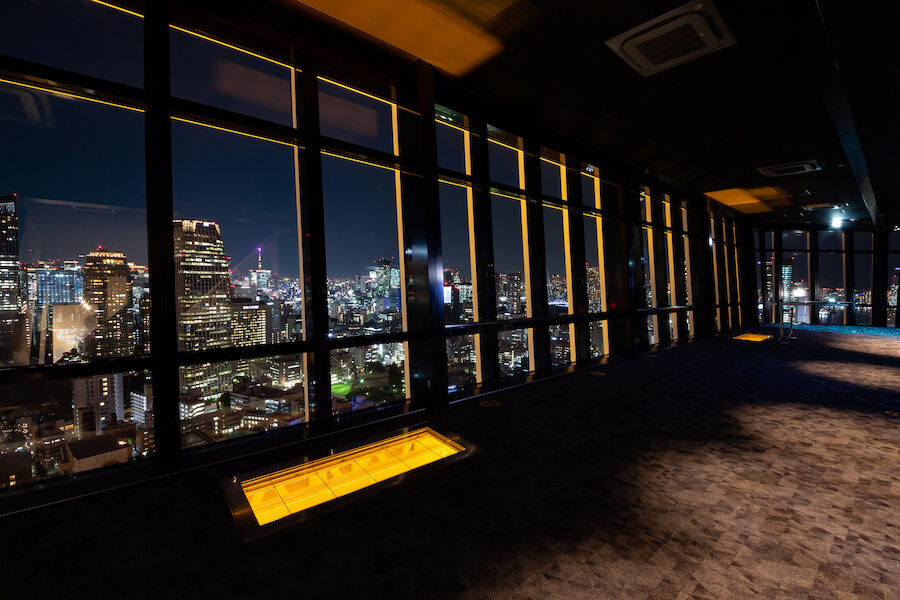 I’m sure one of the first things anyone imagines when they think about Tokyo is its iconic Tokyo Tower shining with white and international orange color. No matter what the reason for your visit to the city, and no matter which part of it you visit, I’m certain that somewhere in the distance, you will see this magnificent tower looming in the night sky.

It’s the most recognizable landmark in Tokyo, and I believe it should be at the top of your must-see list when you come to the city. 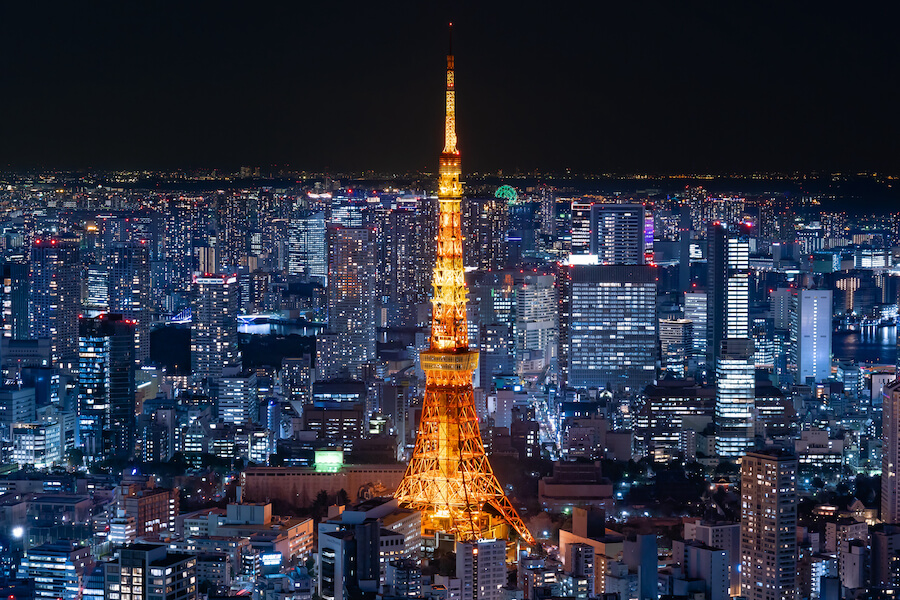 I remember the first time I spotted this tower as it appeared between the tall buildings of the street I walked on. It feels somewhat magical and out of place when you see it for the first time thanks to its unique shape and colors. I will never forget it. But as I came closer and closer to the tower, it took more and more of my admiration.

You can see that it is actually 333 meters tall and looks immensely powerful when you’re beneath it. Fun fact, despite being slightly taller than the Eiffel Tower, it has only half the weight, thanks to the building materials developed over the years. Tokyo Tower was first constructed in 1958, and when it was completed, it was the tallest building in Japan.

The Tokyo Tower is located in the central part of Tokyo, in the Minato City area. Next to it is a large green area called Shiba Park, as well as an interesting temple called Zojo-Ji. 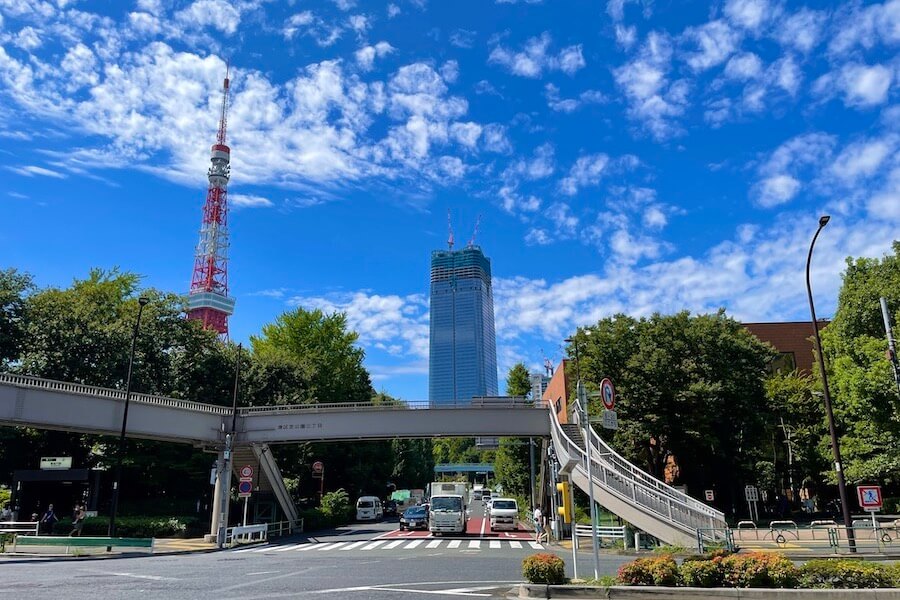 Immediately around and beneath the tower, there are several interesting places to see. There are many shops, arcades, restaurants, and bars located at the foot of the Tokyo Tower called the Foottown. Yes, you heard that right, there are shops inside Tokyo Tower!

I explored them a bit before heading to the main entrance. There, you are greeted by many of the staff members of the tower who are happy to answer all your questions and help you around.

Tokyo Tower entrance fee is 1,200 yen for the Main Observation Deck and around 3,000 yen for the Top Deck. In my opinion, that is a reasonable price, especially for the Main Deck. You will see that you will get a lot of value for that money.

After buying my ticket and learning a bit about the tower’s history from the surrounding photos, I made my way to the elevator, which took me to the first observation deck 150 meters above.

When I exited the elevator, I was blown away by what I saw. Tokyo stretched out in all directions – wherever I looked, I could see buildings, houses, parks, and skyscrapers stretching into the horizon. The sun was setting as well, which made the scene even more otherworldly.

The height of this observation deck was perfect because even though I was still high in the air, I could see certain details on the surface and even spot individual people walking around and cars driving. It was a really nice bird’s-eye view of the surrounding city. 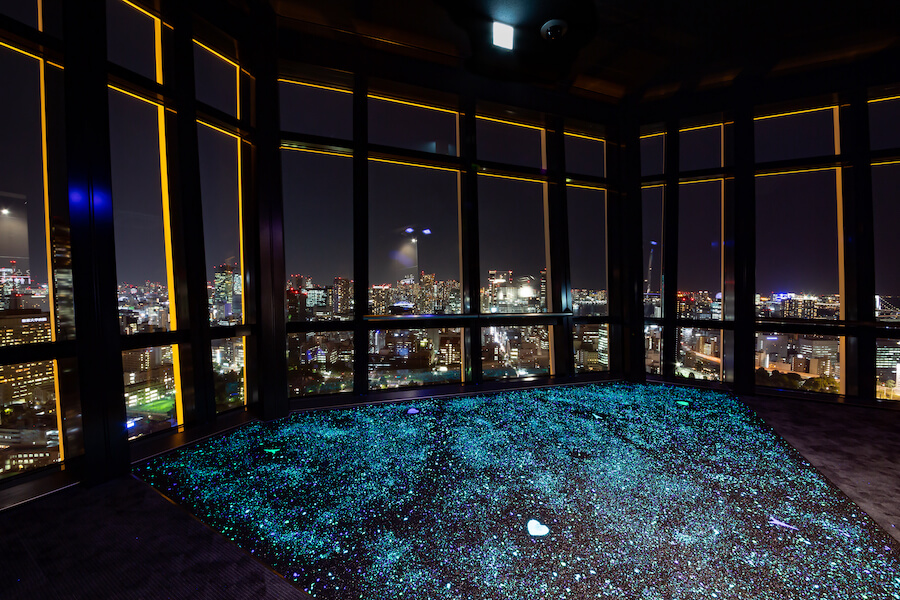 This high vantage point also provided some unique sights. One example is the ‘second Tokyo Tower’ or the ‘hidden Tokyo Tower’. It’s not a tower per se, but rather several roads that intersect in such a way to appear to form the shape of a Tokyo Tower.

Especially at night with the lamp lights and car lights illuminating this roadway in a shape and colors that remind you of Tokyo Tower. It’s best if you see for yourself what this looks like. No matter which Tokyo Tower view I looked at and no matter which side of the tower I looked from, there was always something interesting to see, and I felt like I spent hours there just looking at each individual part of the city. 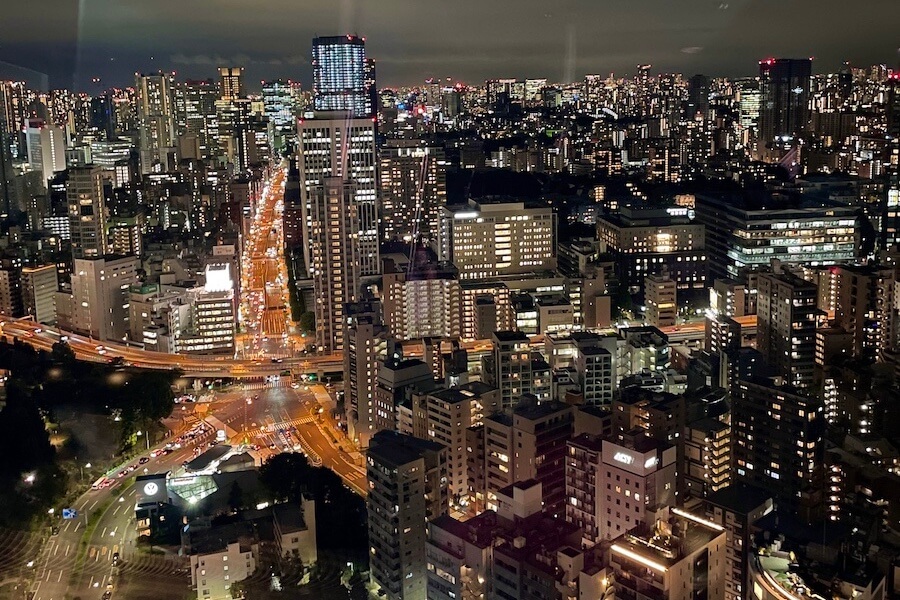 You can even look directly below thanks to a couple of glass floors located on the observation deck, which enable you to look directly through them and even stand on them, which can feel a bit frightening to some who are afraid of heights.

While I was enjoying the Tokyo Tower view, the sun had fully set, and the lights had started turning on across the city. In front of my eyes, the scene was transformed into a Tokyo nightscape, and I found myself with yet another view to enjoy. After this, I went around the observation deck to see the other features there. I loved the interior decoration of the observation deck – it was full of interesting spots.

Things to Do in the Tokyo Tower

The main observation deck is split into two floors, which you can access via a staircase. Each floor offers slightly different views but contains different sorts of spaces. On one, you can find the Tokyo Tower shop, where you can buy many Tokyo Tower souvenirs.

I got one for myself – a small Tokyo Tower figurine that is now located at my desk. There is something for everyone here so I’m sure you’ll find something interesting.

There is also a shrine there called the Great Shinto Shrine of the Tower, which I found fascinating! On the other floor, there’s also a café called Café La Tour that is ideal if you want to grab some snacks or drinks while enjoying this great view.

The Glow of Tokyo

But the highlight for me was a concert by the group ‘The Glow of Tokyo’, Tokyo Tower’s own group, which performs in a place called ‘Club333’. The Glow of Tokyo has several talented members who host a great show where they sing, dance and play instruments. 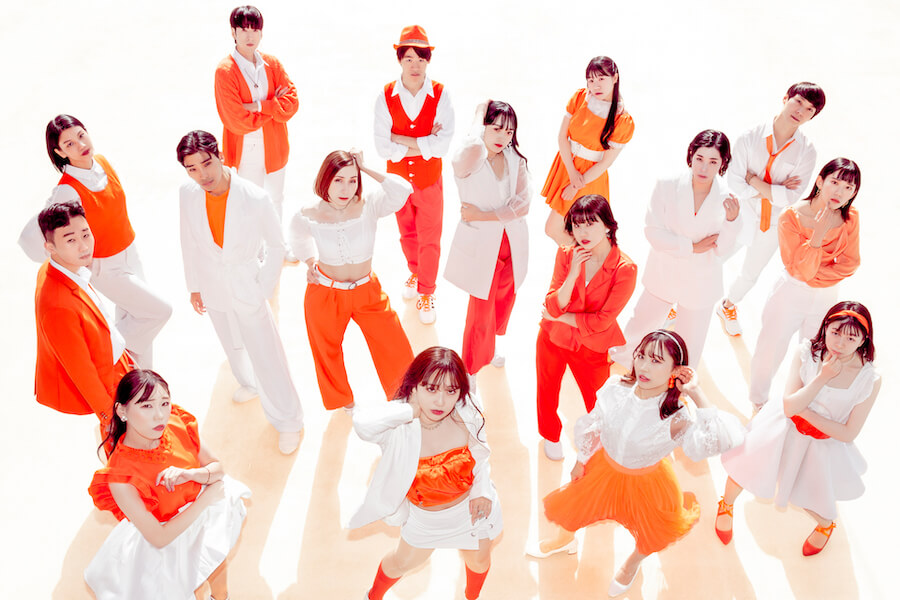 They played covers of many famous hits and their original song: “Tower of Dream“. I found this show to be exciting and truly unique since, after all, you’re listening to a concert high above the city. It’s not something you can often do. 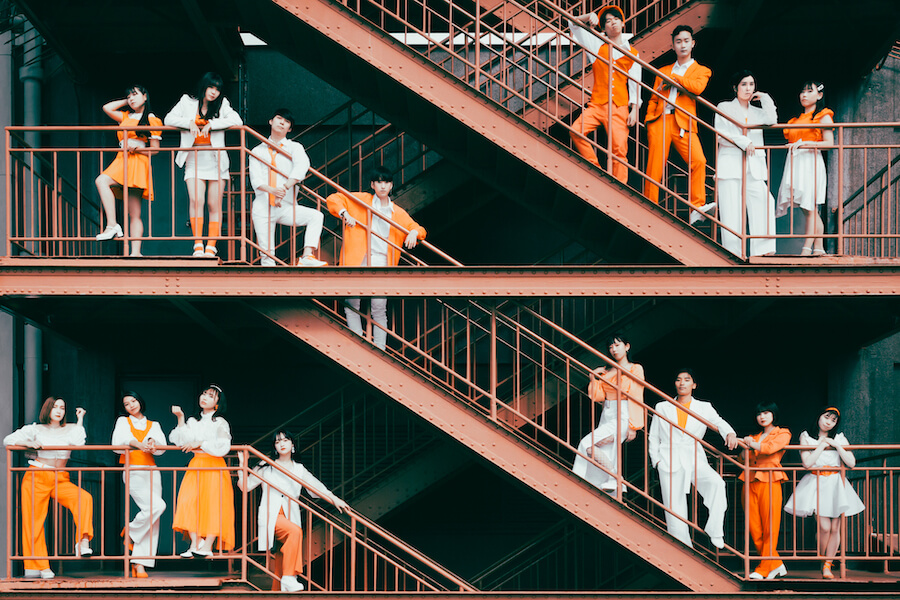 There’s a second observation deck at the tower located even higher up, at 250 meters, called the Top Deck which offers even greater views of the city.

While you cannot see so many details on the surface as you can from the lower observation deck, you can see much further out and really take in the scope of the world’s largest city. Of course, you can rent binoculars, and you even get to enjoy the uniquely shaped geometric mirrors which enhance the whole scene. 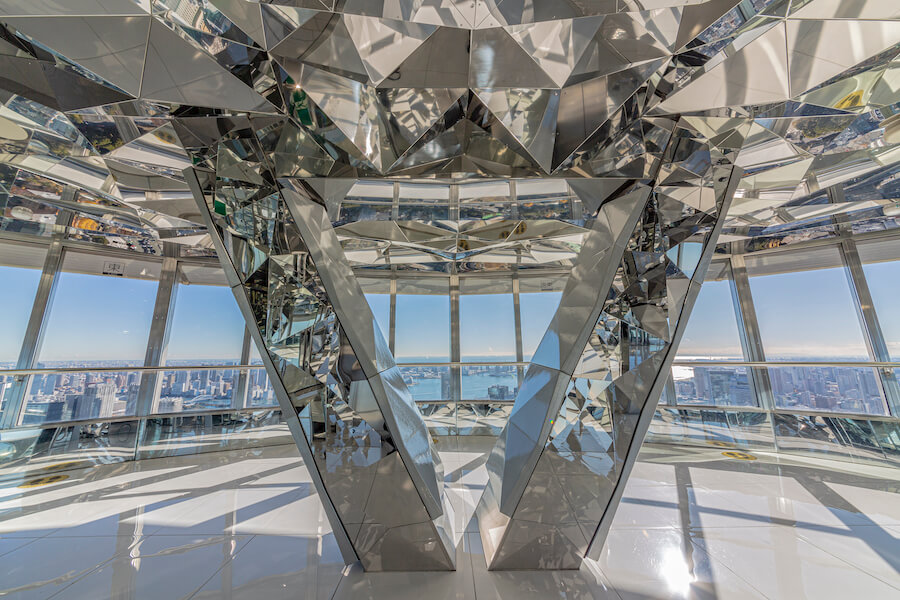 I had a fantastic time at Tokyo Tower, and I think you will not be disappointed by getting your tickets to visit this most iconic symbol of Tokyo. Check out their website to learn more.

Where is Tokyo Tower?