Adachi Fish Market and the Yanaka are parts of Tokyo that are often overlooked by the majority of visitors to the city, but they are nonetheless interesting places.

I had the chance to go on a tour of these two places with Omakase Tours, and I learned a lot about them. Let me share my experience.

I met up with the tour guide from Omakase Tours at the train station next to the fish market. After a short introduction, we made our way toward it. Even though we arrived a bit later in the day, around 9 o’clock, there were still many people in the fish market.

We walked around a bit and tasted some of the veggies and simple meals offered there, and observed with interest all the things the workers were doing.

There were many interesting things, for example, I saw some really huge knives, or more like swords, which were even taller than myself, and which they used to cut the tuna. 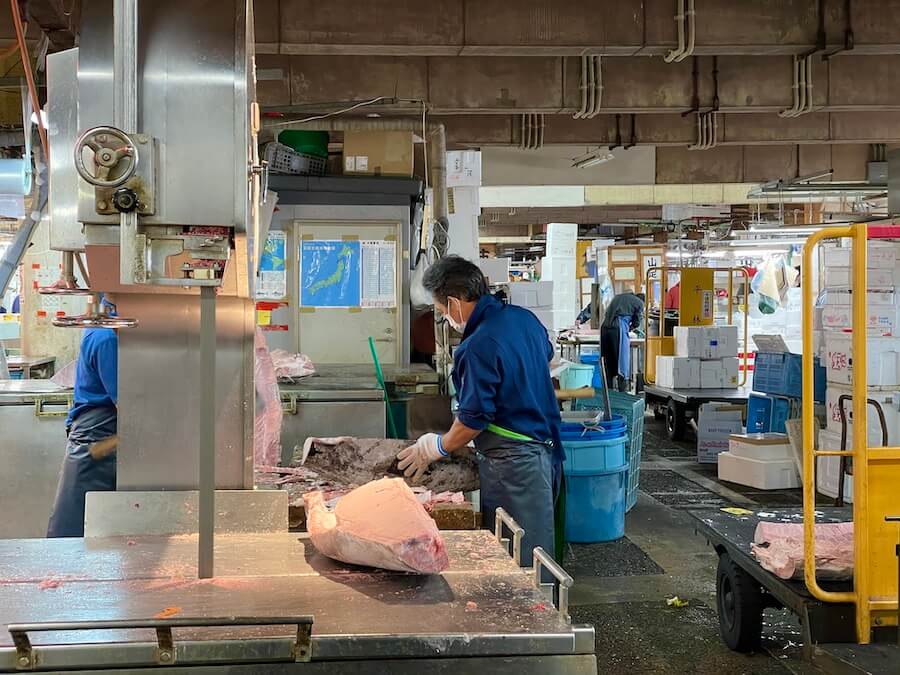 We talked with some of the merchants there, who explained to us how the market operated. The tour guide told us many interesting things about fish and its importance in Japanese culture.

We talked about how the Adachi Fish Market was the oldest fish market in Tokyo and its importance to the city. We saw many interesting fish I had never seen before. All in all, it was an interesting experience, especially if you enjoy the sea life.

There were also other shops around the market with different types of food, such as vegetables and other kitchen supplies. So it’s a great place for everyone who loves seafood. 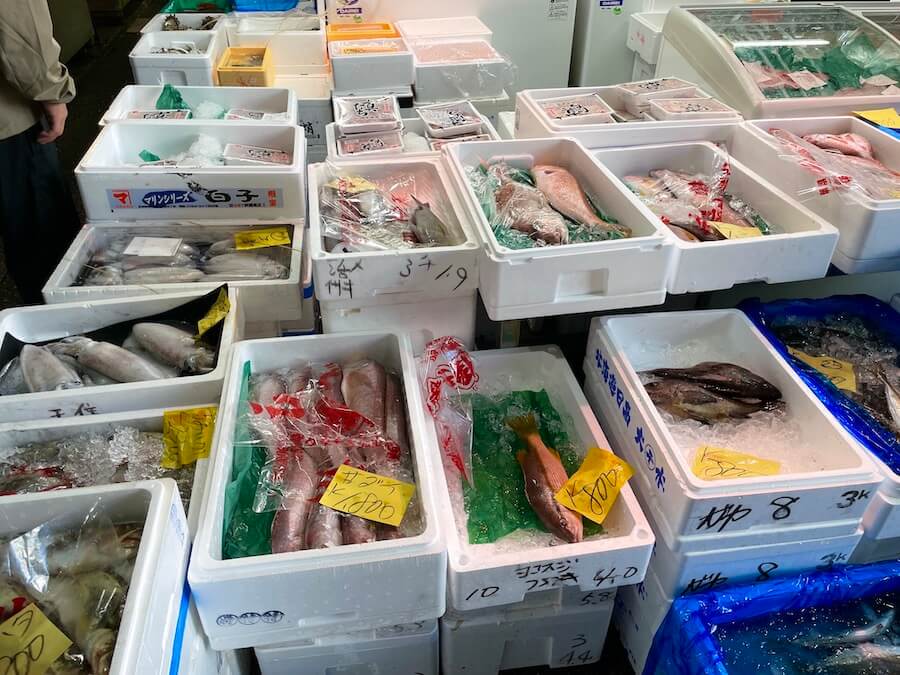 After this, we made our way to Yanaka, which was not far away. This neighborhood is one that is not often on tourists’ radars, but it still has its own beauty and interesting spots, which makes it worth a visit. It’s often considered the traditional part of Tokyo. You can see what old Tokyo looks like. 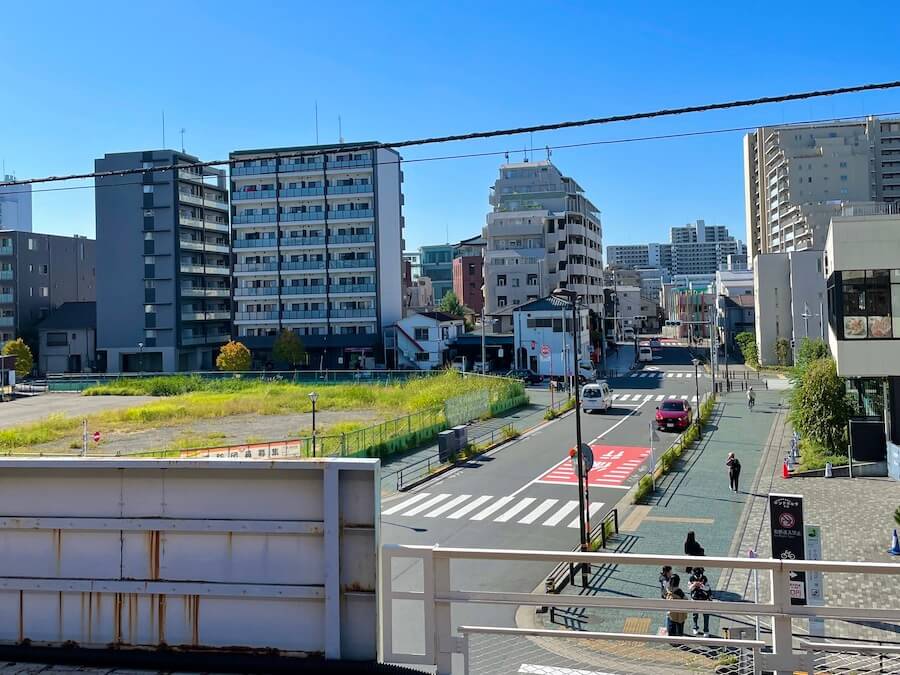 Our first stop was the Yanaka Cemetery, one of the most important cemeteries in Tokyo. If you’ve never been to a Buddhist cemetery, it is quite serene, with the tombstones and graves in the shape of small stone pillars with carved engravings and kanji.

The cemetery is really huge, and only after a few minutes of walking through it you feel like you’re no longer in a big city like Tokyo. Sure, in the distance you can see places like the Skytree, but still, it feels really calm and serene. 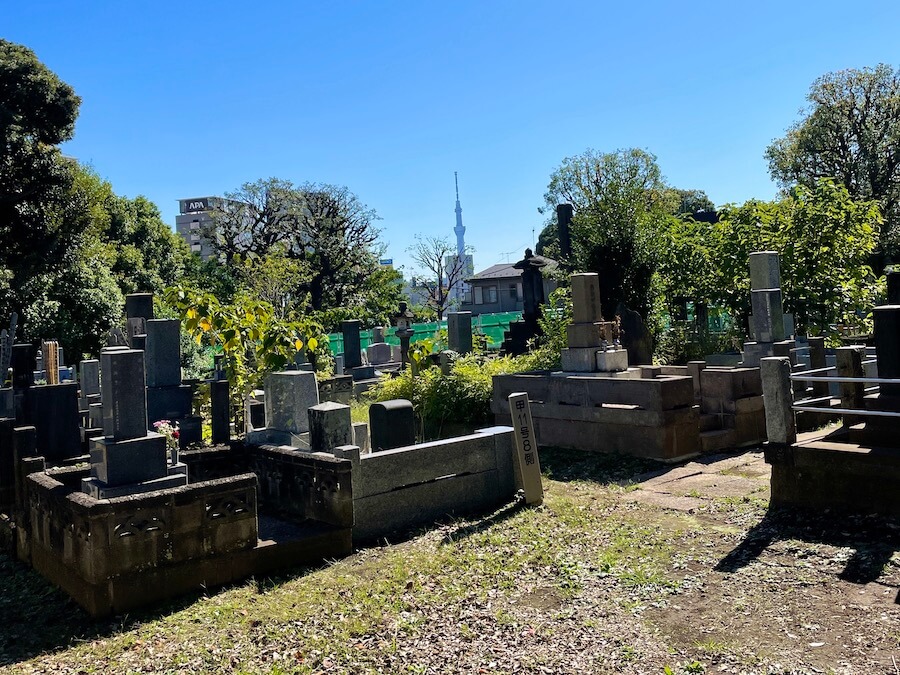 Here, the guide told us a lot about the cemetery and its history, but also about the Japanese customs relating to burying the dead and to funerals. It was an interesting cultural experience, and I learned a lot about this topic.

Yanaka Cemetery is full of graves of famous people such as politicians, Sumo champions, artists, etc. One particular grave we visited was of the last Tokugawa Shogun. As a history fan like myself, this was a really interesting place.

All around the Yanaka Cemetery are a couple of important Buddhist temples. We visited one and walked around a bit and talked to a Buddhist monk who worked there, who explained to us directly how his temple worked.

He told us that the students who were studying to become monks would live there and do some chores in exchange for education and a place to stay. 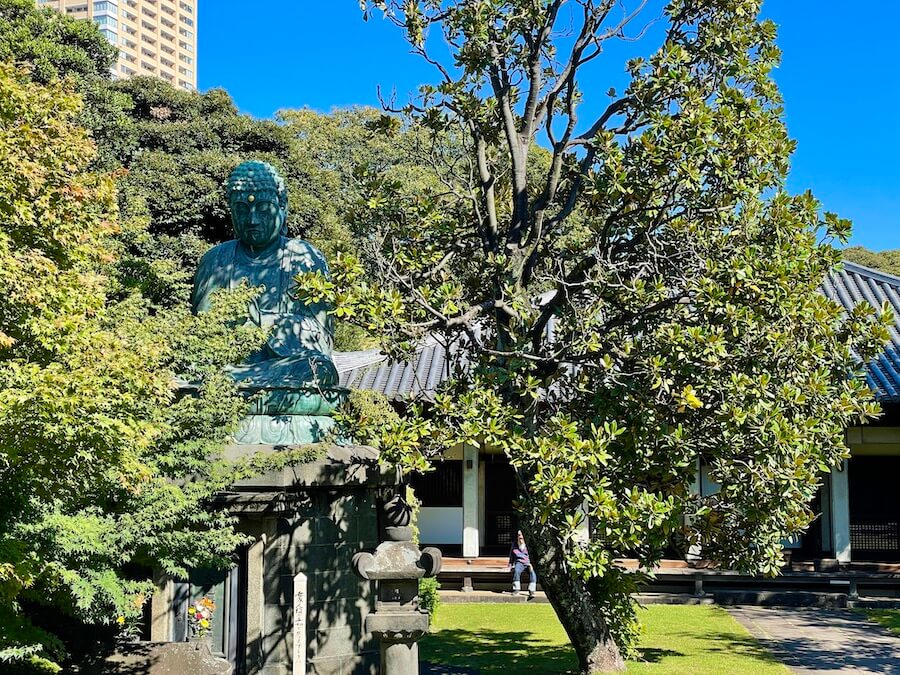 Streets and Alleys of Yanaka

After the cemetery and the temples, we walked around the alleys and small streets in the Yanaka area. We visited an old shop that produces sake, then visited a small bakery in the area famous for its cinnamon bread, which was located in a renovated traditional home. 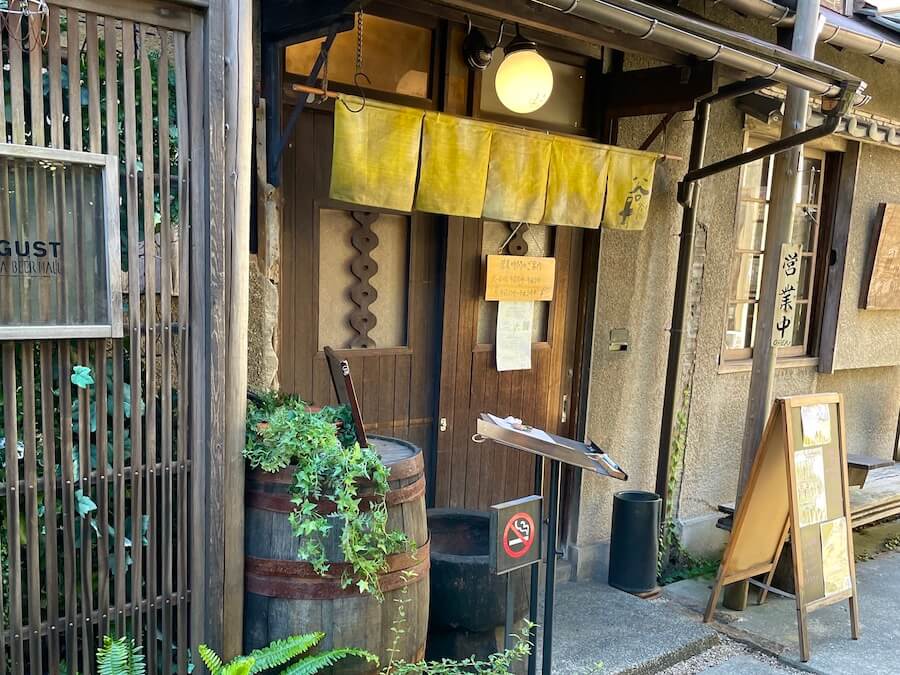 The highlight of this tour was for me definitely the Nezu-jinja Shrine, the most beautiful shrine in Tokyo, in my opinion. It is also one of the oldest and best-preserved shrines.

It has a huge Torii gate through which you pass on the way towards the shrine, and it’s really beautifully decorated with many interesting carvings on the walls and the roof. 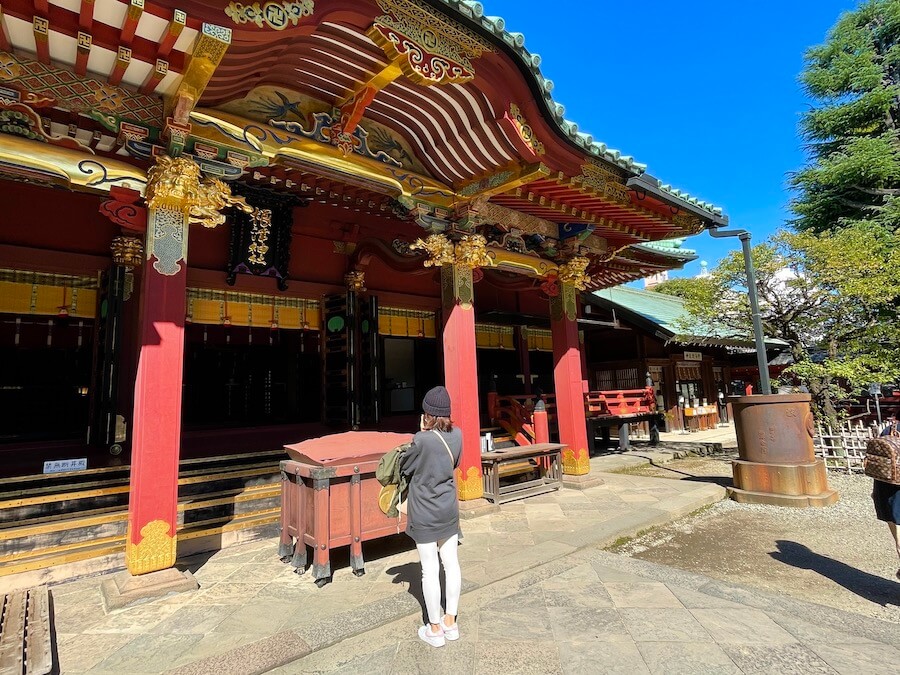 And the most interesting thing for me was one of its paths that is covered with many Torii gates, so you get to experience something similar to the Fushimi Inari Shrine in Kyoto, only on a much smaller scale but still, it is quite interesting.

The shrine is beautiful all year long, but especially in spring when you can enjoy many beautiful colors of flowers that grow around it. 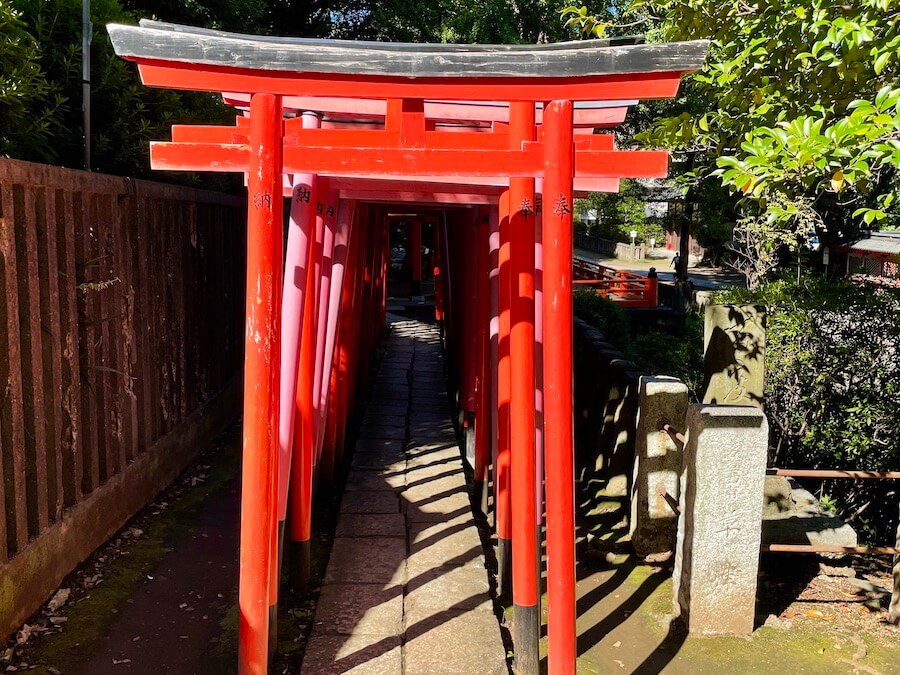 Finally, we made our way down to the Yanaka Ginza, a famous shopping street in this part of Tokyo full of interesting restaurants and shops, and spent some time there checking it out.

It was quite a pleasant experience, and the guide was very friendly and spoke perfect English, we talked about many interesting topics during the trip.

I highly recommend you visit this part of Tokyo since there is much to see here, and it’s a great way to interact with the traditional side of Tokyo. If you decide to do that, I highly recommend checking out Omakase Tours and seeing the wide variety of tours they offer on their website.