Nagoya is not boring

Nagoya is not boring and that is true – it is a wonderful city full of history and interesting places, both historical and modern.

I visited it during my last trip and explored it with the guidance of the team from Nagoya is not boring. Let me tell you what it was like. 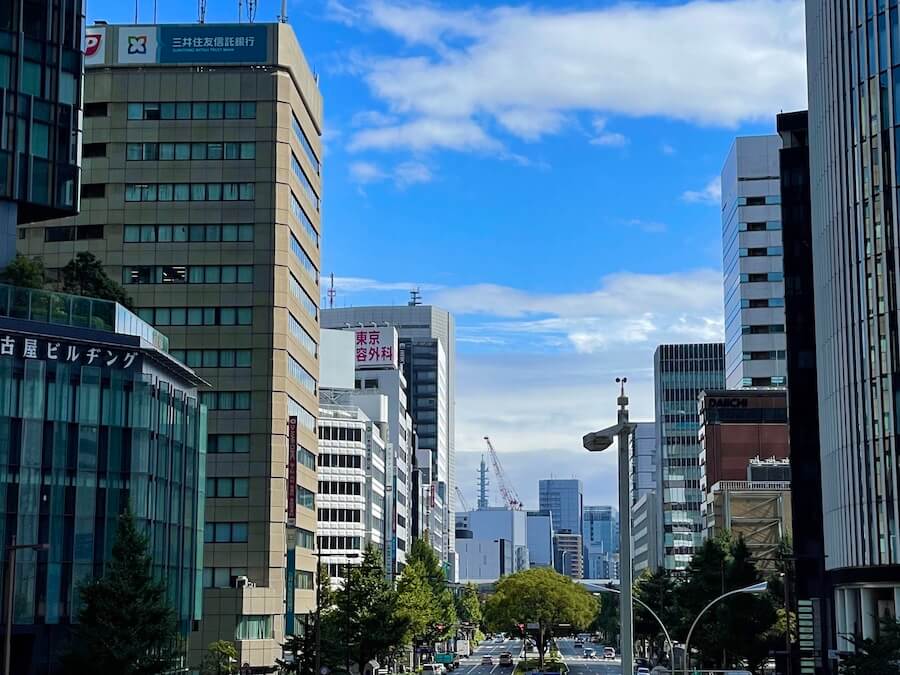 Nagoya is one of the largest cities in Japan, located roughly in the middle of the island of Honshu, Japan’s largest island. It’s an essential stop on any traveler’s trip from Tokyo to the Kansai area and over the years has been important in Japan’s economy and transport.

But despite all of that, many tourists often skip Nagoya since they find it less interesting than many other places, such as Kyoto. However, I’m happy to tell you that there is much to do and see here and you definitely will not be disappointed. 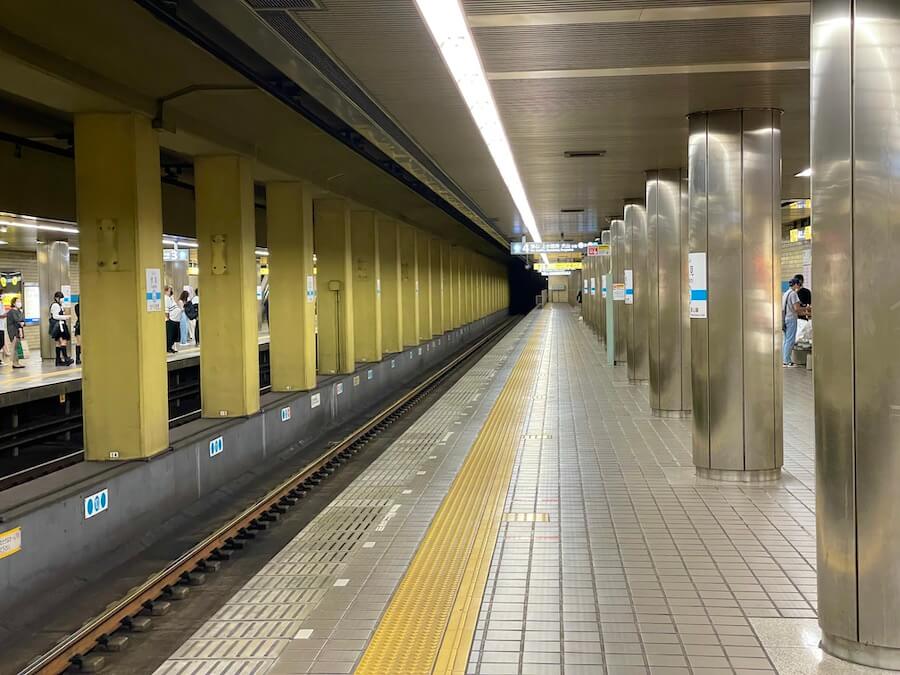 Things to Do in Nagoya

During my time in the city, I explored several interesting spots. First off was the Nagoya Station, which is the tallest train station in the world and the largest by floor area.

The area around the station is really interesting, with many modern high-rise buildings full of shopping centers and restaurants. It’s a real beating heart of Nagoya and a great place to relax. 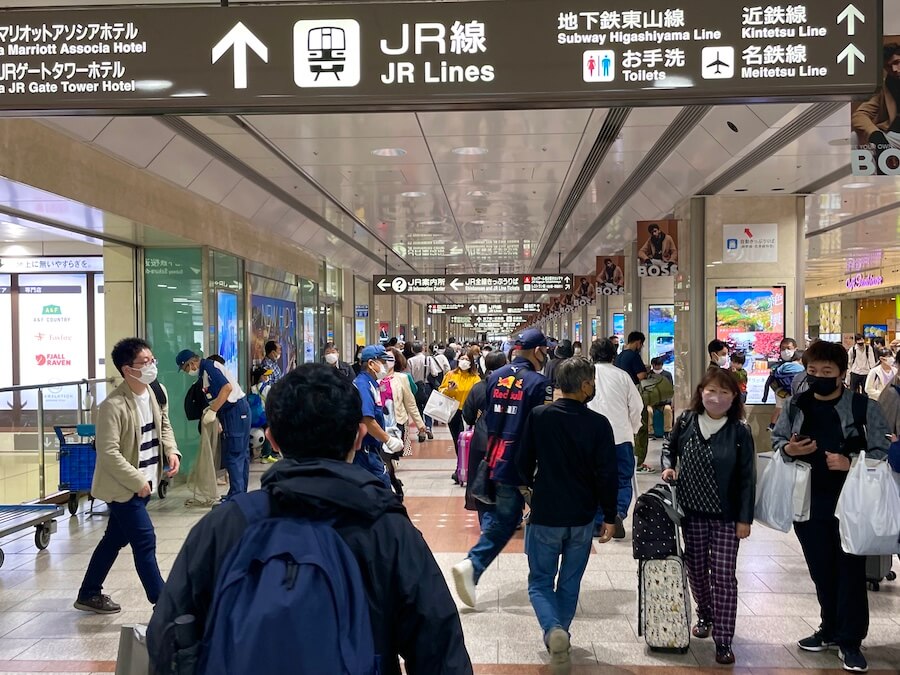 Nagoya is a great place for fans of science and industry. Here you’ll find the Nagoya City Science Museum, a unique-looking museum with an iconic sphere architecture which is considered one of the top science museums in Japan and definitely worth a visit for anyone who is interested in that field.

For train fans, there is the interesting SCMaglev and Railway Park, while fans of other industries can visit the Toyota Commemorative Museum of Industry and Technology. 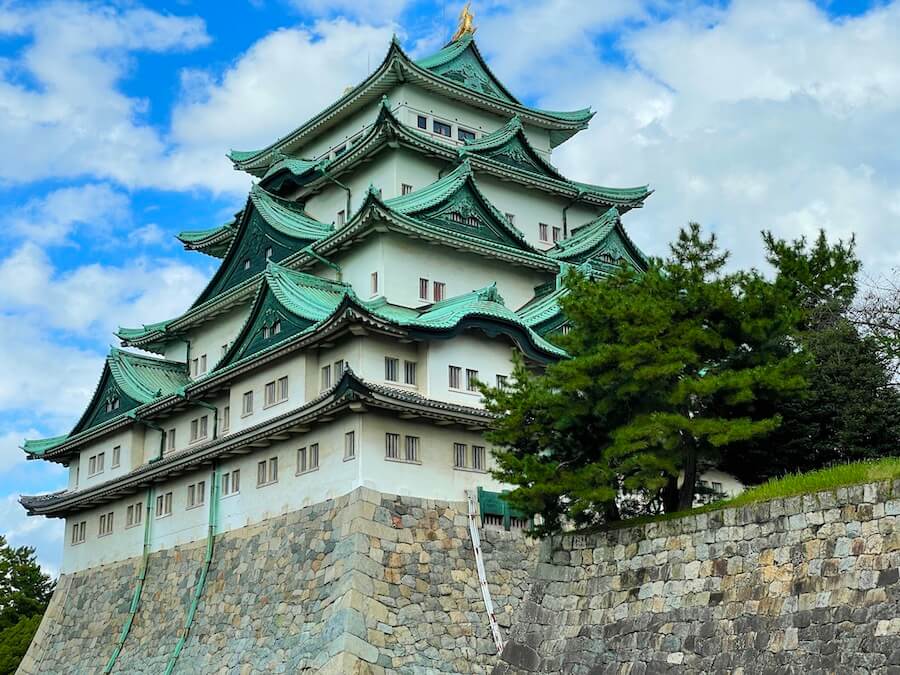 If you’re up for something more historical, there is the famous Nagoya Castle, one of the largest castles in Japan that boasts large moats and thick walls with green areas all around it.

Interesting spots from a historical standpoint also include the Atsuta Shrine, a sanctuary said to hold the legendary Kusanagi no Tsurugi sword, one of the most important objects of imperial regalia in Japan. If you’re interested in sea creatures, there is the Port of Nagoya Public Aquarium, one of the largest aquariums in Japan.

Street Food Walking Tour of Osu by "Nagoya is not boring"

One more thing that makes Nagoya very famous is its unique food. That is why I met with Lena from Nagoya is not boring. She hosts very interesting tours around Nagoya, one of which is the Street Food Walking Tour of Osu. We met at the famous Osu Kannon, a temple in the Osu area of Nagoya. She explained that this part of Nagoya is one of the most popular and trendy areas.

This neighborhood was always a place many shops and restaurants were located even hundreds of years before. Today, there are still some shops that have been open for over 100 years. It is a truly great place that you should definitely visit. Over the years it has changed but still retains its charm. 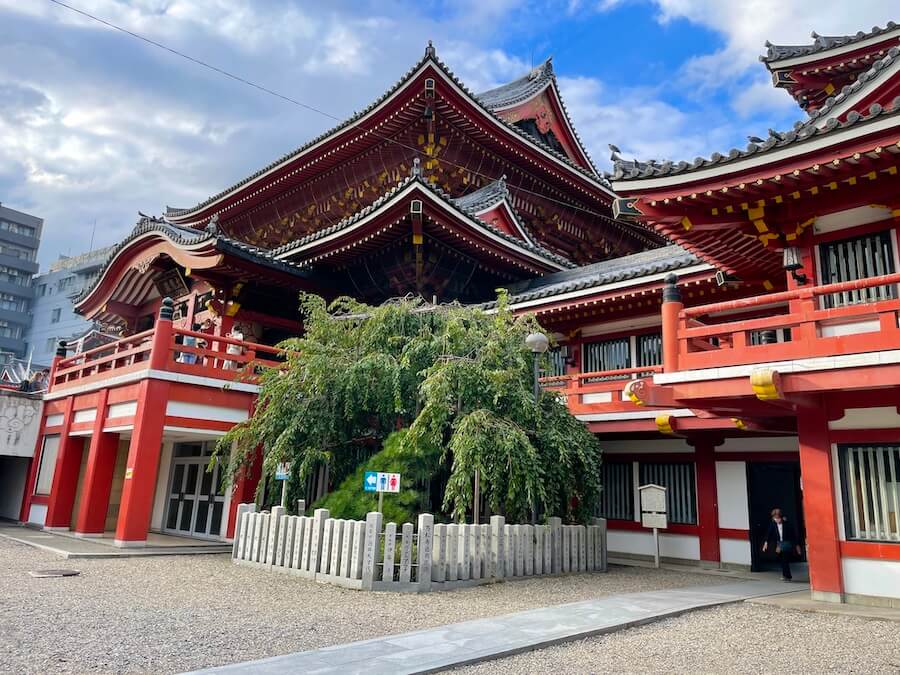 She took me on a trip to see many interesting spots throughout Osu. For example, we visited one ring which is used by sumo wrestlers to practice their sumo fights.

She also showed me popular local temples and many interesting shops. We also stopped by a modern, high-tech Buddhist temple which included many light decorations, a statue of a huge dragon, and large screens on the walls. That was really interesting to see. I also tried drawing a fortune slip and I was lucky! I got the second-best fortune! 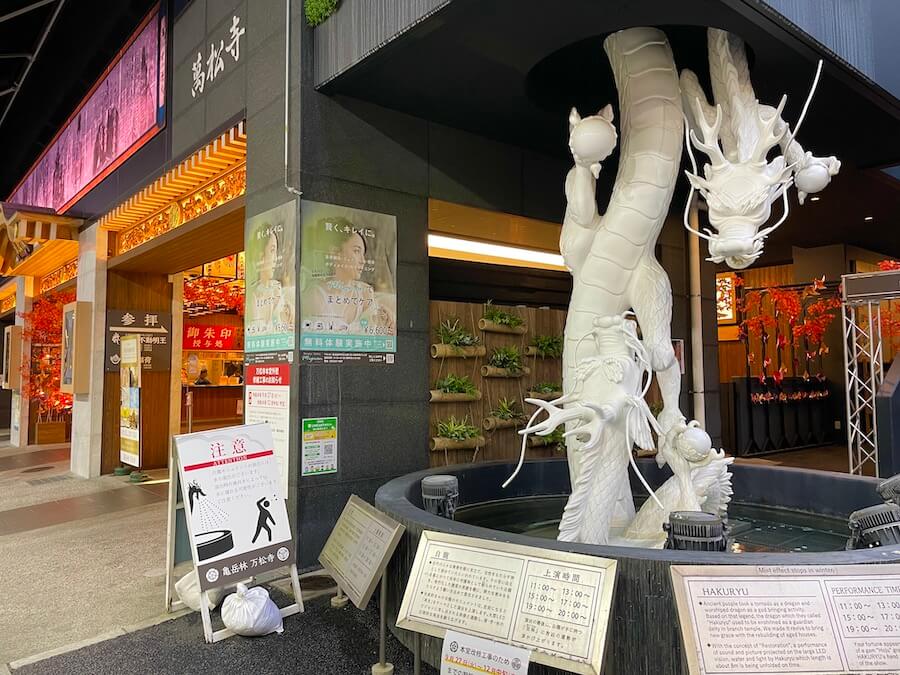 And during the tour, we got to try several different local specialties. First up was something called Gohei Mochi, which, unlike regular mochi which is made from rice flower, is made of rice itself.

Rice is placed on a stick and dipped in miso-based sauce. We tried two types one with walnut-based miso and the other is Nagoya’s characteristic red miso. They were really nice.

Next, we tried traditional Japanese sweets, which come in several different colors and are neatly packed in a box. They originated from Nagoya and became famous throughout Japan when the Shinkansen trains started passing through Nagoya. 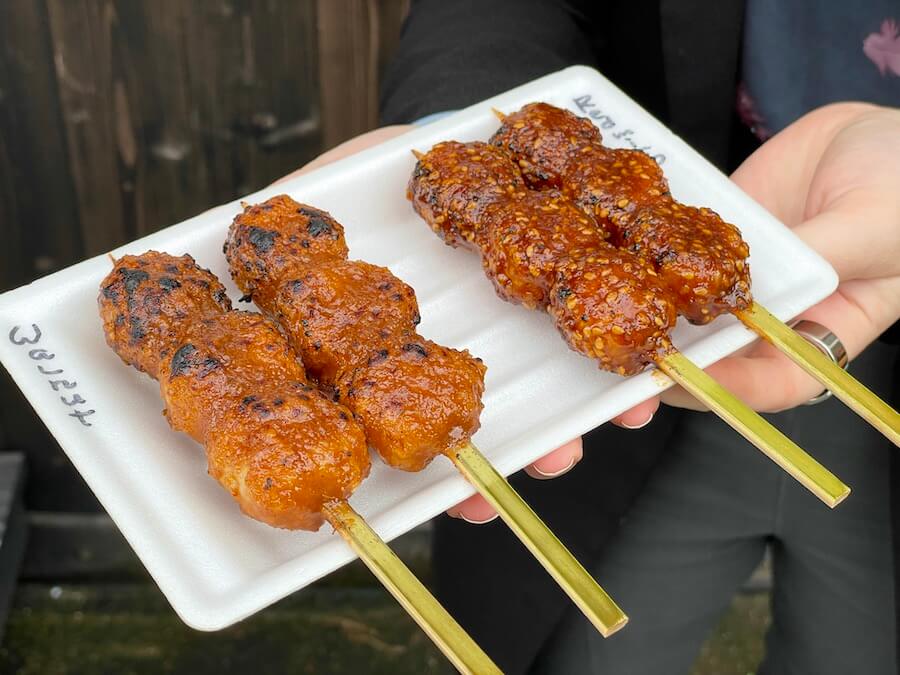 Next up on our trip was a restaurant known for preparing shrimp and prawn mayonnaise sandwiches – a local specialty since Nagoya is one of the most important producing of this type of seafood in Japan.

Aichi Prefecture, the prefecture where Nagoya is located, even has the highest consumption of shrimp and prawns in Japan, so you know they are real experts when it comes to this. This sandwich was absolutely delicious – definitely my favorite meal I had during that part of my trip! 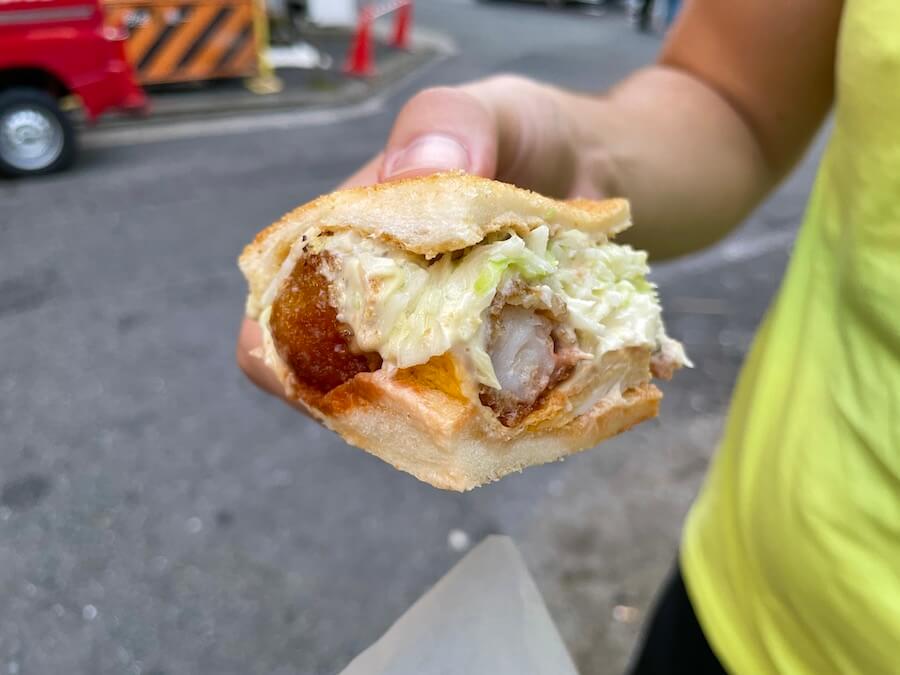 This is a really great tour for someone who both wants to explore a bit and learn about this part of Nagoya and who wants to try their different types of food. If this is something that you would like to try yourself, make sure to check out the Nagoya is not boring website.